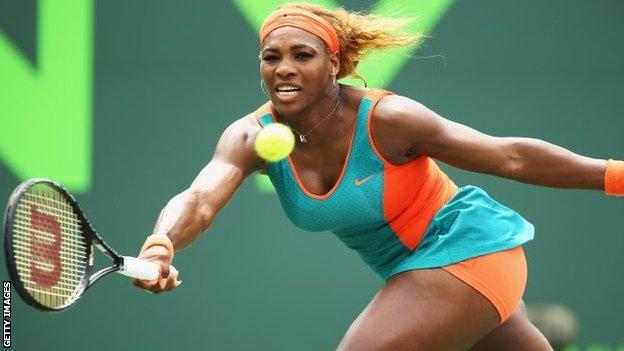 World number one Serena Williams suffered a shock defeat by Jana Cepelova in the second round of the Family Circle Cup in South Carolina.

"Obviously things didn't go great, but she was a great counter-puncher and hit a lot of balls back," Williams said.

Cepelova had never previously beaten a top-15 player, but held her nerve to pull off the biggest win of her career.

Venus Williams, the 2004 champion, lost seven consecutive games at one stage, but reached round three with a 6-3 0-6 7-5 win over Barbora Zahlavova of the Czech Republic.

Eighth seed Sorana Cirstea of Romania was knocked out by Brazil's Teliana Pereira who won 3-6 6-3 7-6.