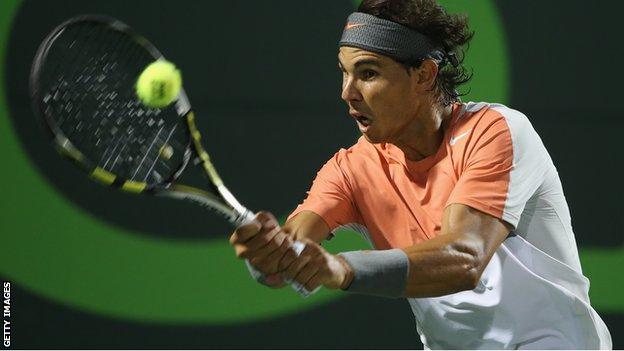 World number one Rafael Nadal reached the Sony Open semi-finals after recovering from a set down to beat 12th seed Milos Raonic.

Nadal has won 62 singles titles in a glittering career, but is still looking for his maiden tournament victory in Miami.

And despite an early setback against Raonic, the three-time runner-up remains on course to lift the trophy for the first time.

Nadal double faulted in the 10th game to hand the opening set to his opponent, before responding to take a 4-0 lead in the second and then comfortably closing it out to level.

The Spaniard continued to improve as he started to show glimpses of his best form, with Raonic unable to react to several fine forehand passes.

Raonic saved a break point at the beginning of the third set, but his resistance broke in the seventh game as Nadal went on to seal his place in the last four. 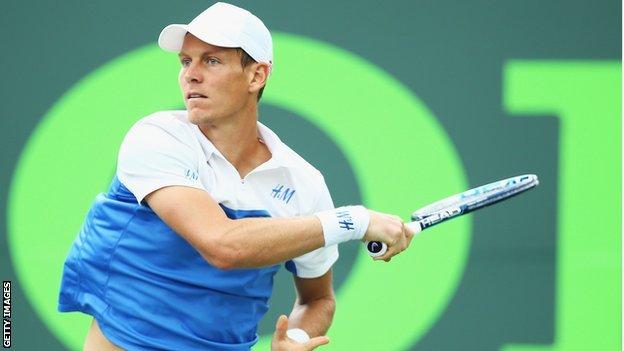 There he will face Berdych, who is aiming to end a 16-match losing streak against Nadal.

The Czech took the opening set against Dolgopolov after a rain delay at 4-4, before the Ukrainian built a 5-3 lead in the second.

But Berdych, who is yet to drop a set at this year's tournament, rallied to see off the 25-year-old in a tie-break.