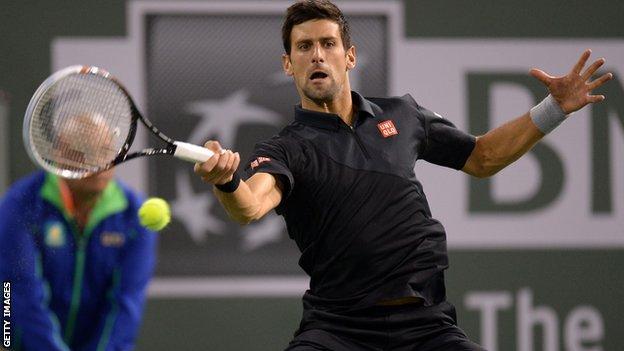 Novak Djokovic fought back from a set down against Croatia's Marin Cilic to move into the quarter-finals of the BNP Paribas Open at Indian Wells.

Federer, 32, plays Kevin Anderson after the South African eliminated Australian Open winner Stanislas Wawrinka. The Swiss - so long Federer's understudy but now raked three in the world to Federer's eight - lost for the first time in 2014 with a 7-6 (7-1) 4-6 6-1 defeat.

She plays Simona Halep for a place in the final after the Romanian eased to a 6-2 6-2 victory against Australian qualifier Casey Dellacqua.