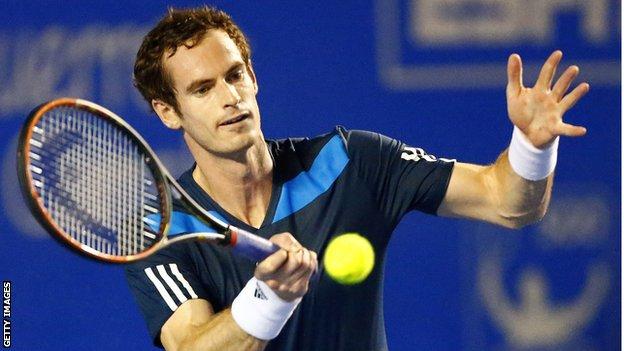 British number one Andy Murray will play for Bangkok in the inaugural International Premier Tennis League.

The Wimbledon champion, 26, will play alongside Jo-Wilfried Tsonga and Victoria Azarenka in tennis's version of cricket's Indian Premier League.

Matches are scheduled for a 17-day period in November and December, although much of the tournament's finance is still to be put in place.

The competition is due to be played in Singapore, Mumbai, Dubai and Bangkok, with each of the four cities represented.

Matches will be best-of-five sets, each in a different format, including men's and women's singles, men's and mixed doubles and men's legends.

Murray, who has made it clear he is only prepared to play a limited schedule, will play alongside world number 10 Tsonga and two-time Australian Open champion Azarenka, plus Daniel Nestor, Carlos Moya and Kirsten Flipkens.

World number one Nadal and Sampras, who have won a combined 27 Grand Slams, will play for Mumbai, while Novak Djokovic, a six-time major winner, will represent Dubai alongside former world number one Caroline Wozniacki.

Williams, who has won 17 Grand Slam singles titles, was drafted to play for Singapore alongside eight-time Grand Slam champion Andre Agassi, who will compete against the likes of former Wimbledon winner Goran Ivanisevic and Sampras in the past champions and legends category.