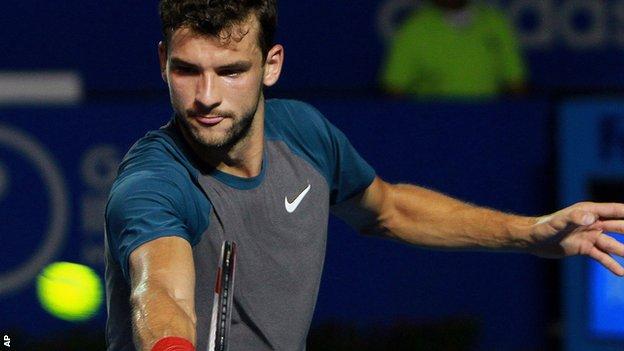 The 22-year-old, who overcame Andy Murray in the semi-finals, took a tight first set on a tie-break before his big-serving rival took the second.

Anderson, 27, went a break up in the deciding third but, at 4-3, double-faulted when facing a break point.

The match was settled by another tie-break and world number 22 Dimitrov kept his nerve to win his second ATP title.

His only other World Tour title came last year in Sweden, and his victory in Acapulco is likely to result in him climbing higher than his previous best world ranking of 19th.

Cibulkova, 24, was runner-up at the Australian Open in January and she secured her fourth career title against 21-year-old McHale, who was contesting her first WTA Tour final.