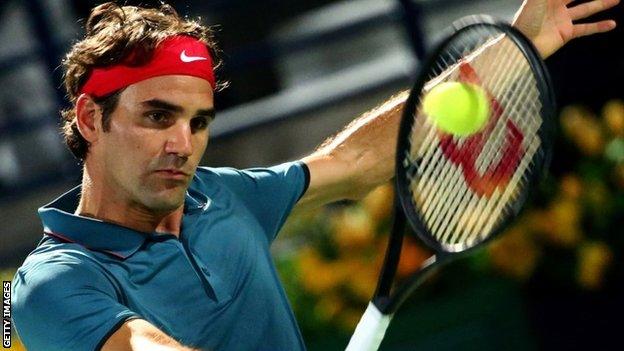 Federer fought back to overcome Novak Djokovic for the first time in 18 months in Friday's semi-final.

The 32-year-old needed those powers of recovery again as he fought back from a set and a break down to beat Berdych.

Third seed Berdych, 28, had won his previous encounter with Federer, in the Dubai semi-finals last year, and the Czech looked on course for another victory when he took the first set.

Federer squandered an early break of serve, lost four games in a row from 2-1 ahead and managed to get just 40% of his first serves in.

But after saving consecutive break points with aces in the fifth game of the second set, he stamped his authority on the match to secure the title.