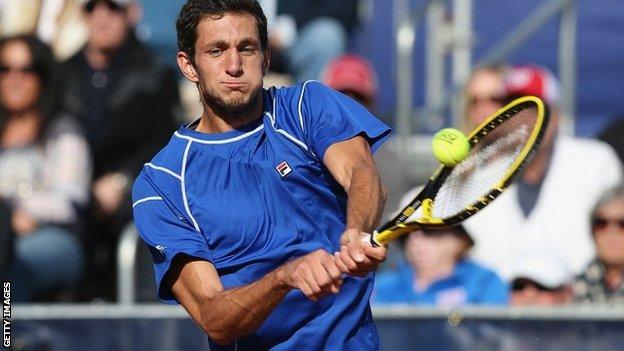 British number three James Ward suffered a straight-sets defeat by Russia's Mikhail Youzhny in the second round of the Dubai Championships.

Ward, ranked 177, was given a wild card into the event and beat Teymuraz Gabashvili on Monday to claim his first ATP victory outside the UK.

Youzhny will face Novak Djokovic in the quarter-finals.

Top seed Djokovic took just 57 minutes to beat Spain's Roberto Bautista-Agut 6-1 6-3 and is on course for a potential meeting with Roger Federer in the semi-finals.

"Radek did a good job of putting the pressure on me and mixing it up," said Federer. "From that standpoint, it was a really difficult match. I'm very pleased to come through."

Third seed Tomas Berdych beat Sergiy Stakhovsky of Ukraine 6-2 6-1 to claim his eighth win in a row and set up a quarter-final against fifth seed Jo-Wilfried Tsonga.