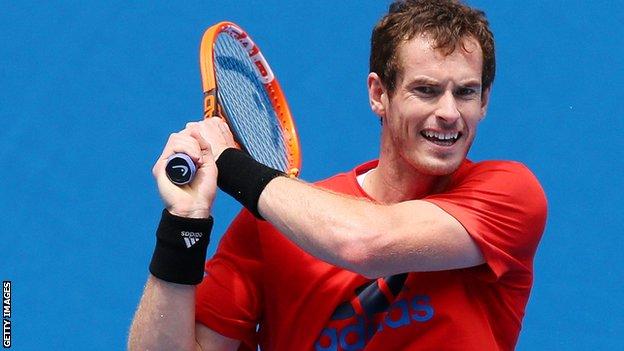 Andy Murray will play at the Aegon Championships at Queen's in the build up to defending his Wimbledon title.

The 26-year-old won both tournaments last year and will be aiming to win Queen's for a fourth time in June.

It's where I won my first title in Britain

"To win the title for the third time last year and then to go on to win Wimbledon was really special, and it highlights the importance of Queen's," said Murray.

"The grass courts there are as good as any in the world."

Murray won the Aegon Championships in 2009, 2011 and 2013, and a fourth victory will put him level with John McEnroe, Boris Becker, Lleyton Hewitt and Andy Roddick.

"It's where I won my first professional match and my first title in Britain," added Murray.

"When you look at the names on the trophy, including my coach Ivan Lendl, it shows how big a tournament it is to win. I'd love to do it again."