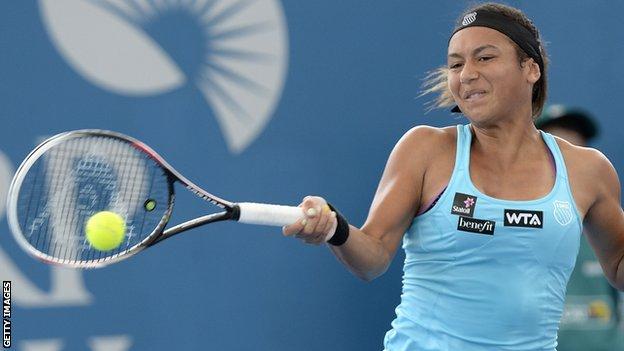 British number three Heather Watson fell to a straight-sets defeat to ninth seed Dominika Cibulkova in the first round of the Brisbane International.

Guernsey-born Watson, 21, had battled through qualifying to reach the main draw at the hard-court event.

Watson has slipped to 121 in the world after a troubled end to the 2013 season during which she was diagnosed with glandular fever.