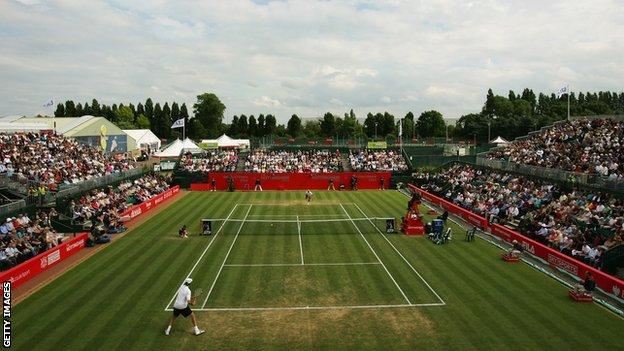 Nottingham will host a pre-Wimbledon tournament from 2015, the Women's Tennis Association has announced.

An extra week will be added to the grass-court season in 2015, leading to a three-week gap between the French Open and Wimbledon.

Birmingham, Eastbourne and the Dutch city of s'Hertogenbosch currently host the other tournaments.

The Nottingham Open, a men's event held at the city's tennis centre, folded in 2008 after 14 years as a warm-up tournament.

"There is now a three-week gap between the French Open and Wimbledon to allow a longer and more significant grass court season," said Philip Brook, Wimbledon chairman.

"I wish to thank the WTA and all the parties concerned for their commitment and support in bringing this exciting prospect to fruition from 2015."