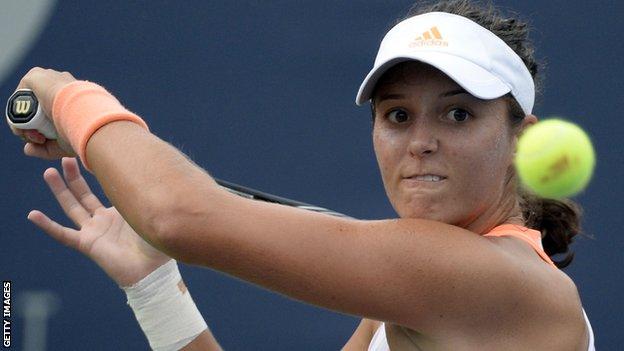 Melbourne-born Robson, 19, has been without a coach since splitting from Miles Maclagan in October.

Robson has been training at 57-year-old Saviano's academy in Florida during the off-season.

Former world number 163 Jesse Witten, 31, will also work with Robson as the American will act as her coach and hitting partner during tournaments.

Saviano also coaches Robson's best friend Eugenie Bouchard and is expected to accompany the Canadian teenager to the big tournaments.

Robson performed well at the grand slams in 2013, making the fourth round at Wimbledon for the first time and the third round at both the Australian and US Opens.

The 19-year-old was seeded for the first time at a slam in New York but finished the season ranked 45th after disappointing results in Asia.

Robson will begin her 2014 season at the ASB Classic in Auckland, which begins on 31 December this year.