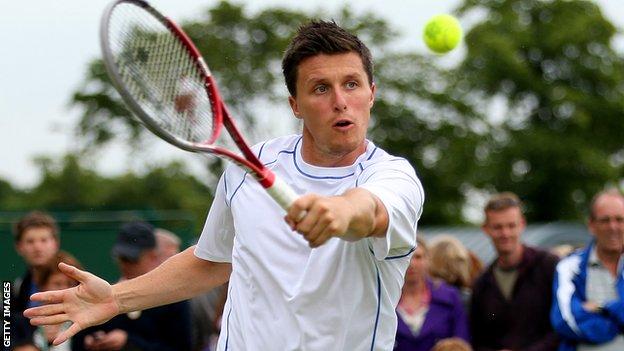 Ken and Neal Skupski are targeting the doubles spot in Great Britain's Davis Cup team, but concede that January's tie with the USA may come too soon.

Andy Murray and Colin Fleming combined in Croatia as in September.

But the Liverpool-born brothers, who reached their first ATP doubles final last month, want to be involved.

"Playing against the USA in March would be incredible," elder brother Ken told BBC Radio Merseyside.

If we keep working hard and we do the right things that will put ourselves close to where the current team are in the rankings, maybe we'll get the selection

The 30-year-old continued: "The likelihood is they're going to stick with the guys that are currently playing and that's understandable.

"I think it's probably the best choice because we won't have had enough match practice before the tie, but there is a good opportunity.

"If we keep working hard and we do the right things that will put ourselves close to where the current team are in the rankings, maybe we'll get the selection."

The brothers spent much of the 2013 season as doubles partners and won several events on the Challenger Tour, the second level of competition, before

"It was a big investment for me because his ranking was a lot lower than mine," said Ken. "He [Neal] only turned professional in January, but it's gone really well and I'm really excited for 2014.

"Hopefully, we can start the year on a roll."

Neal, 23, added: "I've loved every minute playing with Ken. It's going really well and hopefully we can work together to have a successful 2014."

on clay in San Diego, with the tie