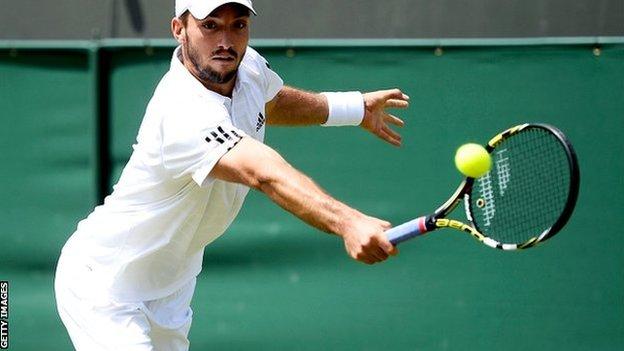 Serbia's Viktor Troicki has had his 18-month ban for failing to provide a blood sample cut to 12 months by the Court of Arbitration for Sport (CAS).

The 27-year-old was given the initial punishment by an International Tennis Federation (ITF) anti-doping tribunal.

Troicki had refused to give a blood sample during the Monte Carlo Masters in April and will be banned until 15 July 2014.

"This decision puts an end to my dreams of being a top player," said Troicki.

The reduced ban means the world number 77 will miss the first three Grand Slams of 2014.

As a result, he will be unable to defend the points he accumulated in the early part of 2013 and is likely to drop down the rankings.

"I have no idea what to do now or where to go," added Troicki, who had called for his suspension to be overturned. "I hope somehow I will be able to fight back."

CAS decided that Troicki was not at "significant fault" despite committing an anti-doping violation, with no suggestion he intended to evade the detection of a banned substance in his system.

The decision comes 11 days after Croatia's Marin Cilic had his nine-month ban reduced to four months.

Cilic, 25, tested positive for banned substance nikethamide in April and returned to action at last week's Paris Masters, where he reached the second round before losing to Argentina's Juan Martin Del Potro.