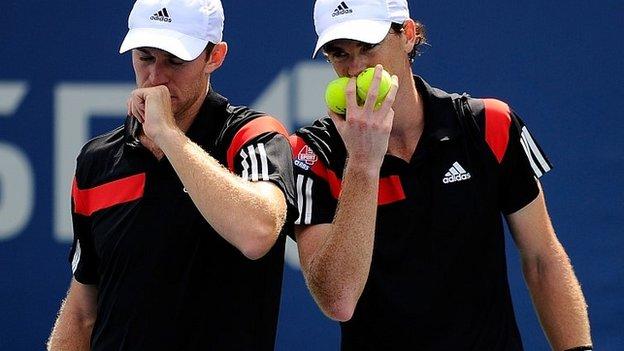 Britain's Jamie Murray and partner John Peers of Australia clinched their third doubles title of the season with victory at the Thailand Open.

Murray, 27, and Peers, 25, paired up at the start of the year and have also won titles in Houston and Gstaad.

"It was fantastic for us to kick off the Asian swing with a win here in Thailand," said Murray.

"Having never played the Asian swing together, this win gives us a lot of confidence going forward and we will be hoping to build on this win."

The younger Murray, who is and unlikely to play again this year, added: "Made me feel better."