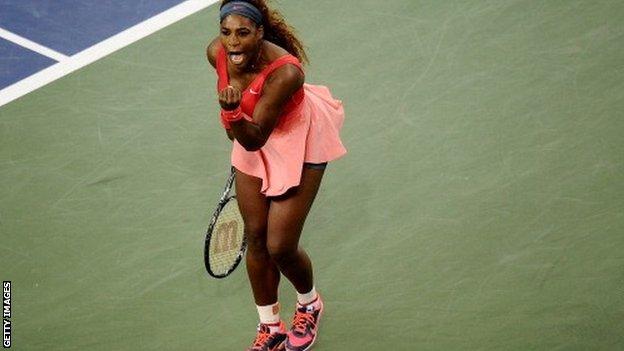 Serena Williams will end the year as the number one female player in the world after a phenomenal campaign which saw the American win two Grand Slams.

The 32-year-old has lost just four matches this year, winning nine titles, including the French and US Open.

It is the third time she has topped the rankings at the end of a calendar year.

Williams became the oldest player to hold the number one position when, aged 31, the 17-time Grand Slam winner replaced Victoria Azarenka in February.

"Serena has proven time and time again throughout her career that she is an incredible champion, both on and off the court," said Women's Tennis Association (WTA) chairman and chief executive Stacey Allaster.

"This season she continues to rewrite the record books, proving she is one of the sport's greatest athletes of all time."

Williams will be presented with her trophy during the season-ending WTA Championships in Istanbul next month.

She will be joined by China's Li Na, who became the fifth player to qualify for the event, following in the footsteps of Williams, Azarenka, Maria Sharapova and Agnieszka Radwanska.