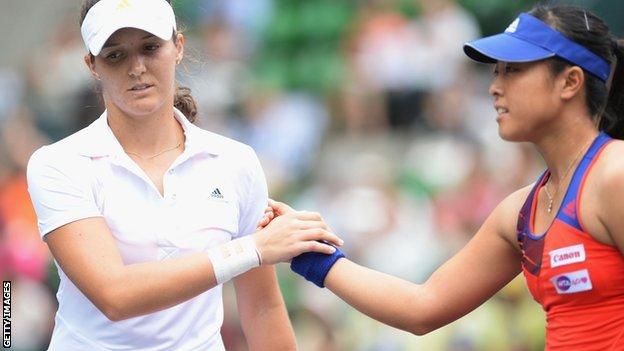 British number one Laura Robson is out of the Toray Pan Pacific Open in Tokyo after losing her first-round match to Ayumi Morita 7-6 (7-4) 6-3.

In a close first set, 19-year-old Robson and her Japanese opponent broke serve twice apiece before Morita took it on a tie-break.

Morita won the second set after taking advantage of the solitary break point.

Konta - ranked 125 in the world - hit her American opponent with nine aces on the way to a 6-4 4-6 6-3 win in a match which lasted more than three hours in Ningbo, China.