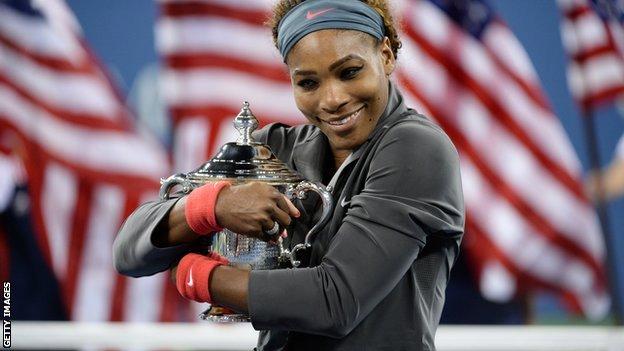 Serena Williams edged even closer to the most successful female tennis players of all time by winning the US Open on Sunday.

At 31, Williams claims to have never felt better and has no plans to retire any time soon.

BBC Sport takes a look at the numbers behind the woman who Victoria Azarenka, beaten in the final by Williams on Sunday, believes is "the greatest of all time".

The best on Court

She held the record for the oldest woman to win the US Open (31 years and 55 days), achieved in 1973, before Serena Williams claimed that crown on Sunday (31 years and 347 days)

Williams on the WTA

The power behind the success