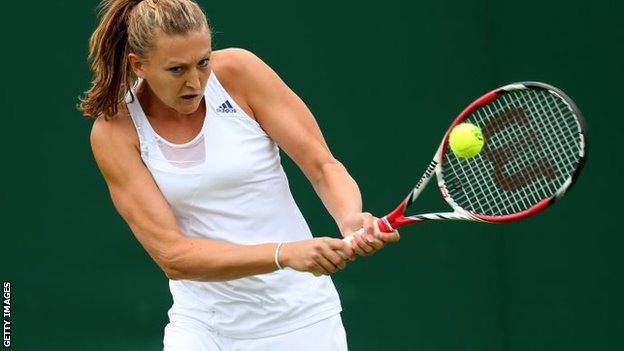 Samantha Murray and Dan Evans progressed into the second round of US Open qualifying with comfortable wins but fellow Briton Tara Moore is out.

Murray and Evans are two more victories away from securing a place in the main draw of the final Grand Slam of the year in New York.

In the men's draw, Evans will face either Italy's Flavio Cipolla or American Bobby Reynolds in the second round after his win over Canadian Polansky.

James Ward is also through to round two, after beating Frenchman Jonathan Eysseric 6-3 6-1 on Tuesday.