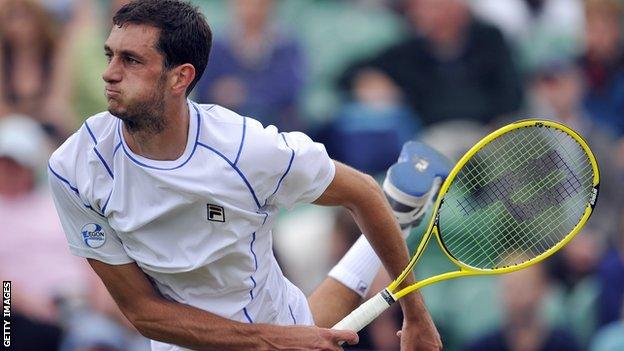 Great Britain pair James Ward and Elena Baltacha are through to the second round of US Open qualifying.

Both are two more victories away from a place in the main draw of the final Grand Slam of the year in New York.

However, Johanna Konta is out after a 7-5 6-4 defeat by Australia's Olivia Rogowska.

Konta, the world number 112, was seeded eighth for the qualifying tournament but went down to a player ranked 40 places below her.

Ukrainian Olga Savchuk awaits Baltacha, who at 244 in the world is the sixth-highest British woman.