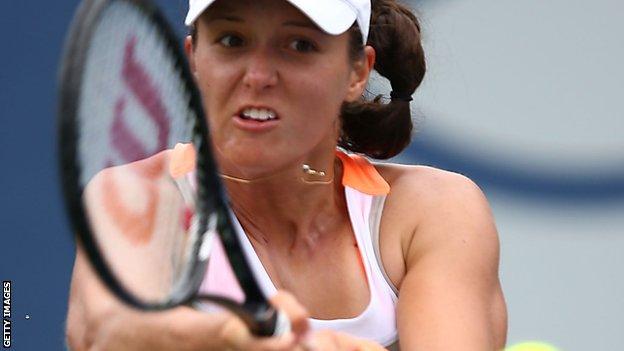 Laura Robson was forced to pull out of her opening match at the Rogers Cup in Toronto with a wrist injury.

The British number one, ranked 32 in the world, was scheduled to face Belgian Yanina Wickmayer, the world number 59, on Monday.

But Robson, 19, withdrew shortly before the match and was replaced in the draw by lucky loser Bethanie Mattek-Sands.

Robson, who reached the last 16 at Wimbledon, will aim to recover before the US Open starts on 26 August.