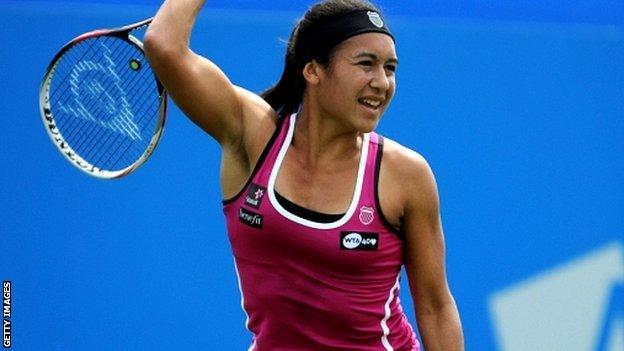 Heather Watson suffered her second defeat in three days as she lost to Olga Savchuk in round one of qualifying at the Rogers Cup in Toronto.

Watson, 21, made the second round in Washington last week before on Thursday.

The Briton is working with coach Jeremy Bates this week after

Bates, the Lawn Tennis Association's lead women's coach, will continue with Watson in Cincinnati and the US Open this month before the player then makes a decision on her long-term coaching arrangements.

British number one Laura Robson has direct entry into the main draw in Canada as the world number 32 and will begin her campaign next week, along with top seeds Serena Williams and Victoria Azarenka.