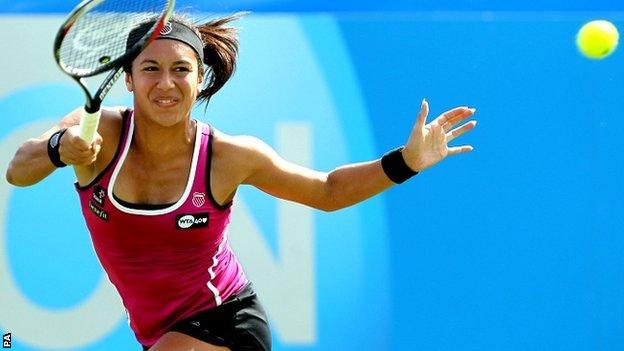 British number two Heather Watson has parted company with coach Mauricio Hadad and will work with Jeremy Bates throughout the US hard-court season.

Watson, 21, has slipped to 78 in the world rankings after missing two months in the spring with glandular fever.

Bates, the LTA's lead women's coach, will work with Watson in Toronto and Cincinnati next month before heading to New York for the US Open.

Colombian Hadad, 41, was previously the coach of Maria Sharapova.