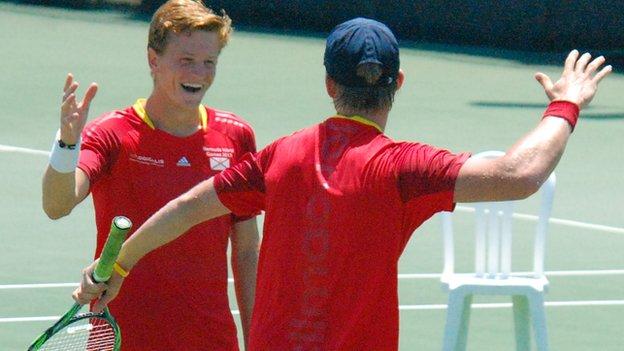 The duo eased to a 6-3 6-3 win in the final against against Bermudian pair of David Thomas and Neal Towlson.

"The crowd really got behind their home team which we expected," 22-year-old Connelly told BBC Radio Jersey.

"We held our nerve and we weren't broken, even though it was quite tough at the start."

He had already won bronze in the singles earlier in the week and was part of the Jersey line-up which took silver in the team event.

"We came here for a gold and to get it is great," said Clayton.

"Today was probably the first day I'd woken up feeling recovered from that epic first day.

"It came at the right time I guess when we needed the gold and we delivered."

The six days of sporting action in Bermuda came to an end on Friday evening with the closing ceremony at the National Sports Centre.

Jersey will host the next Games in 2015.