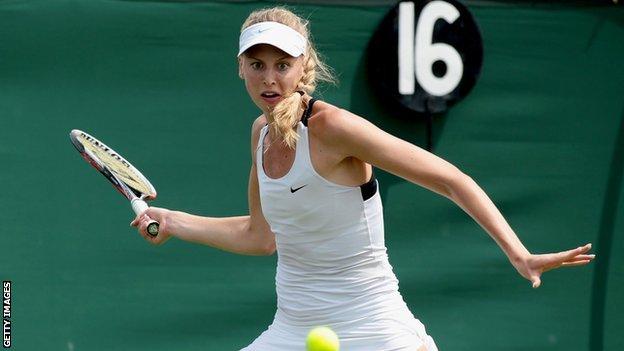 Naomi Broady and Jade Windley, Britain's last two competitors in Wimbledon qualifying, have been beaten in the second round at Roehampton.

Broady was edged out by France's Caroline Garcia 7-6 7-6 while Windley went down 6-4 6-1 to Sesil Karatantcheva of Kazakhstan.

They will be joined in the first round at Wimbledon by five British wildcards.

Former British number ones Anne Keothavong and Elena Baltacha, who won the Aegon Challenge Crown in Nottingham last week, are both wildcards, as are Johanna Konta, Tara Moore and Samantha Murray.

There will only be only three Britons in the main draw of the men's singles.

Defeat for Jamie Baker, Alex Bogdanovic and Davie Rice at the second stage of qualifying means only world number two and US Open champion Andy Murray, James Ward and Kyle Edmund will begin the tournament proper.