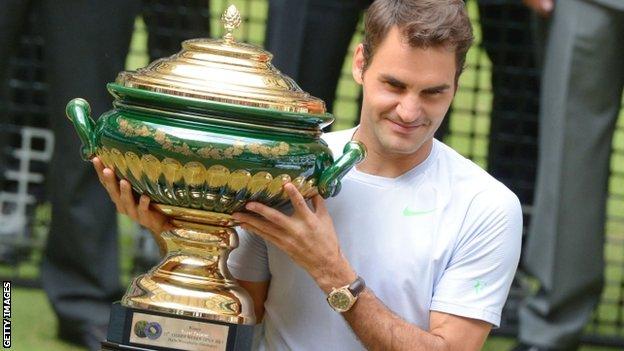 Roger Federer won his first title since August 2012 with victory over Russia's Mikhail Youzhny in the final of the Gerry Weber Open in Halle, Germany.

It is the first time since 2007 that Federer has come back from a set down in the semis and final to triumph at an ATP World Tour event.

Four of Federer's seven Wimbledon wins have come after triumphs in Halle.

"I have won a lot in my career but not recently," said world number three Federer, whose came in Cincinnati.

"I was satisfied with my game in the past 10 months. Maybe people thought I was playing badly but that was not the case.

"I was playing well but when it mattered the others were just better. Today it worked well."

Federer has now beaten Youzhny five times at the Gerry Weber Open since 2002 and the world number 29 said: "He just played better. In fact, he has been playing better all my life."