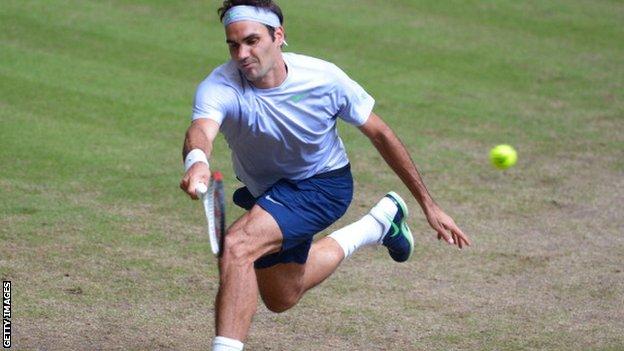 "I felt good out there and, as I had predicted, it was a tough match. [The final] will not be easy but I'm really looking forward to it," said Federer.

The 31-year-old, a five-time champion at Halle, will play Russia's Mikhail Youzhny in Sunday's final.

The 30-year-old Russian, ranked 29 in the world, beat second seed Richard Gasquet of France 6-3 6-2 to set up a meeting with the Swiss.

"It's a big final for me. After that I'll start thinking about Wimbledon," added Federer, who hit 15 aces in his victory over Haas.

"Clearly, I wasn't sure how well I was really playing until today. When you are a set down, one break and that could be the end for you. Fortunately, I was able to turn it around.''