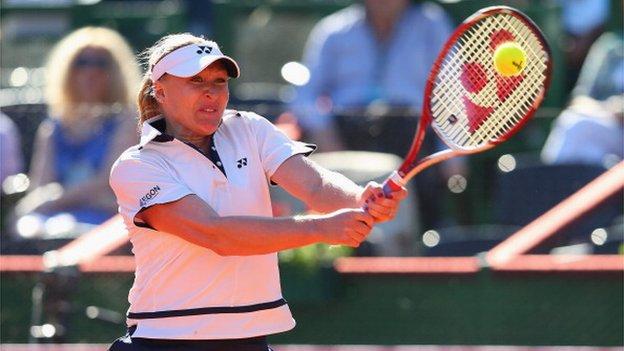 The former British number one, 29, made it three consecutive victories at the event as she defeated Czech fifth seed Barbora Zahlavova Strycova 6-4 6-4.

But British duo Samantha Murray and Jade Windley, who have also received a Wimbledon wildcard, lost 6-3 6-2 in the last eight of the women's doubles.