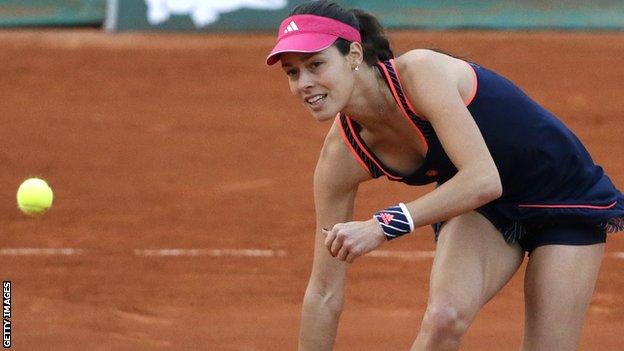 Former world number one Ana Ivanovic is pleased to return to Eastbourne for next week's Aegon International.

The Serb, 25, who won the French Open in 2008, missed last year's tournament through injury and has never gone beyond round two at Devonshire Park.

"It's good to be back as it's a great event and it's such good preparation for Wimbledon," she told BBC Sussex.

"The grass is impeccable here - that is why it is one of the players' favourite tournaments, for that reason."

It will be Ivanovic's third appearance at Eastbourne and her first since losing to Venus Williams in the second round two years ago.

Her only previous game was in 2009 where she lost in the first round to Nadia Petrova.

Ivanovic is currently ranked 12th in the world and six of the top 10 players are in the draw for next week's tournament.

"I think it's the fifth or sixth time I've entered but unfortunately I have had to pull out because of injury several times," she continued.

"I'm injury-free now, I feel fit and have had some really good training, working hard back in Belgrade.

"Every year there is a strong field because of it being a grass tournament and they treat you well with the hotel being so close to the courts.

"The only thing is it is so windy, which I experienced first hand today in practice."