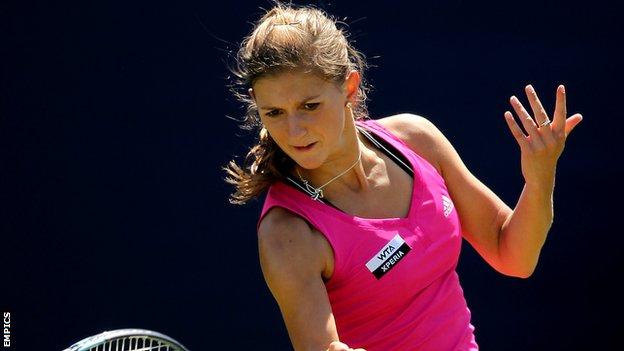 Lincolnshire's Jade Windley believes her partnership with Samantha Murray will cause opponents problems after being given a wildcard for Wimbledon.

Women's doubles world number 244 Windley will be in the main draw at the All England Club for the first time.

"I've come across a lot of the girls at the top level, but being there'll be a new experience completely," the 23-year-old told BBC Radio Lincolnshire.

"We've just got to play our game, and I think we can do some damage."

She added: "I'm really looking forward to it, I just want to make the most of it and see what I can do."

Earlier this year, the pair won the Aegon GB Pro-Series indoor tournament in Preston, which helped to boost their chances of receiving a place in the Grand Slam tournament.

And following the news of a guaranteed first round tie in the doubles, Windley - with a singles ranking of 373 - is considering an attempt to qualify for the main draw of the solo form of the game.

"My singles ranking is at a career high as well," she commented. "So I'm hoping to play in the qualifiers in the singles."