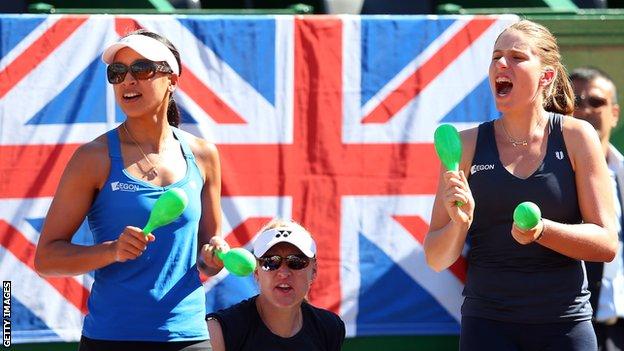 British trio Johanna Konta, Anne Keothavong and Tara Moore have all been given wildcards for the Aegon Classic tournament in Birmingham.

They join Britain's top two Laura Robson and Heather Watson as they build up towards Wimbledon.

Edgbaston's Priory Club will stage the competition for the 32nd year.

Tournament director Patrick Hughesman, told the event website: "The wildcards have provided us with an opportunity for us to support the British players, allowing them to go straight in the main draw, without having to go through qualifying.

"We've got a really strong player field this year and we're looking forward to seeing some great matches taking place during the week."