Rafael Nadal and Novak Djokovic will meet in the most eagerly anticipated match of recent times at the French Open on Friday.

Nadal is two wins from becoming the first man to win one of the Grand Slam tournaments eight times, while Djokovic has his sights on completing the set of major titles.

The pair have met 34 times, with Nadal leading 19-15 overall and 12-3 on clay, but Djokovic won their last encounter on the red dirt in Monte Carlo.

As tennis fans and experts debate who might win Friday's semi-final, we look back at six of their best matches. 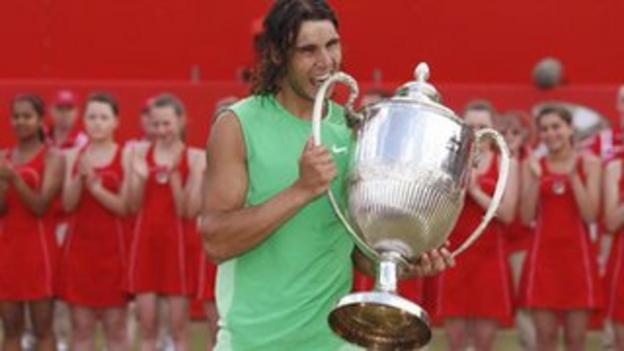 It might not have been a Grand Slam final, it might have been a straight-sets win, but their first grass-court final produced a stunning level of play that thrilled the Queen's crowd.

Nadal, then 22, had arrived in London off the back of his fourth French Open title and increasingly determined to make his mark on grass.

The 21-year-old Djokovic, who had won his first Grand Slam title in Australia five months earlier, took an early lead and served for the second set, but was overhauled by Nadal.

The Spaniard became the first man to win at Roland Garros and Queen's Club back-to-back, and would go on to win his first Wimbledon title against Roger Federer the following month. 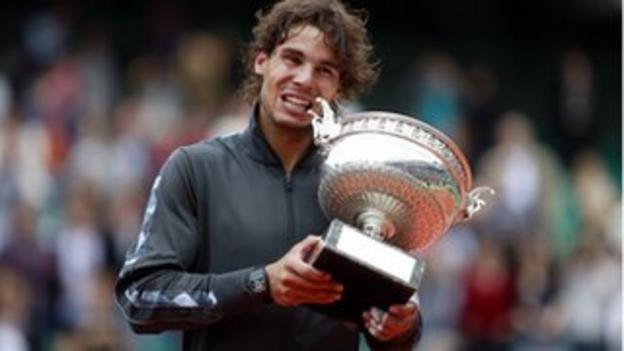 Djokovic was looking to become the first man since Rod Laver in 1969 to hold all four Grand Slam titles, Nadal was trying to surpass Bjorn Borg's six Roland Garros titles.

"Although Nadal led two sets to love, Djokovic was mounting his comeback - breaking Nadal four times in a row - when the rain arrived. They came back on the Monday and Nadal broke straight back. Inside the hour he had claimed a seventh French Open." 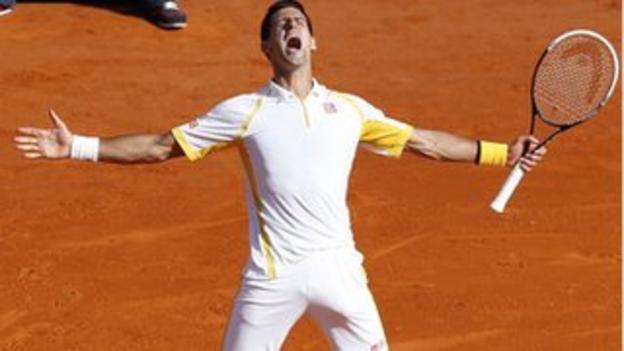 Djokovic had finally beaten Nadal on clay the previous year but ending the Spaniard's eight-year run of 46 matches unbeaten in the principality was something special.

The Serb powered into a 5-0 lead and then withstood a Nadal comeback by dominating the second set tie-break, closing out the match with a rasping forehand winner.

"I think I played a great second set in Monte Carlo," said Nadal at Roland Garros. "The only negative thing in Monte Carlo was I didn't win the set. The rest of the things was positive for me." 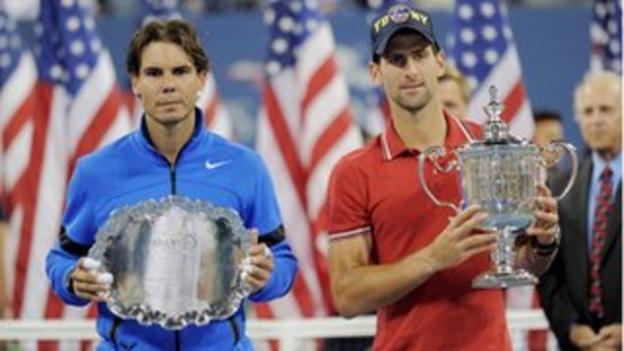 It was the season of his life and Djokovic capped it by winning his first US Open and third Grand Slam title of the year, battling past Nadal in four hours and 10 minutes - his sixth win over the Spaniard in 2011.

"The scoreline doesn't suggest a classic but, believe me, this was incredible tennis," says Jonathan Overend. "Some of the very best in their rivalry.

"The rallies were brutal, often exceptionally long, and one game - the third of the second set - was a match in itself, ending with Djokovic's arms aloft." 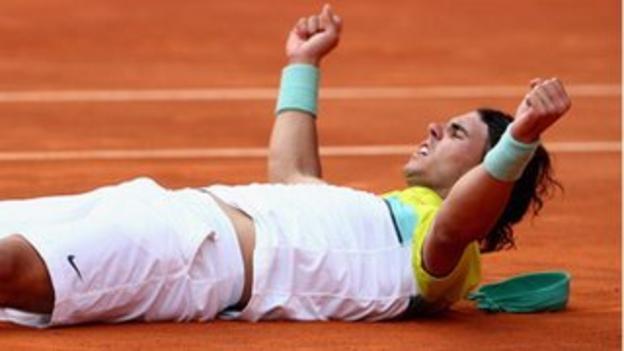 Madrid's shiny new Magic Box facility was the venue for one of the greatest and - at four hours and two minutes - longest three-set matches in history.

Djokovic got desperately close to his first ever win on clay against Nadal, who did not earn a break point until the second set tie-break, trailed 3-1 in the decider and saved three match points.

"It's happened too often," said a despondent Djokovic. "It's very disappointing to play as well as I have and still lose the match. I even played a few points above my limits and I still didn't win." 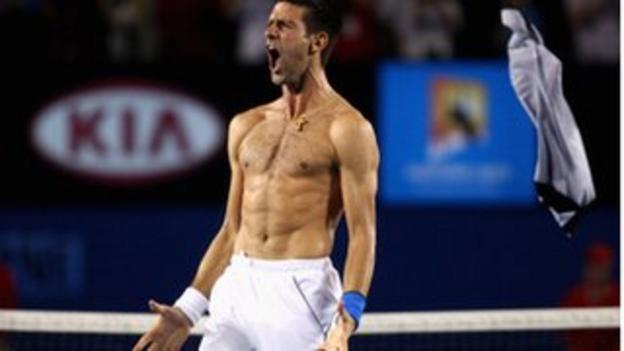 It was not the scoreline but the match time that would go down in tennis history - five hours and 53 minutes - the longest Grand Slam final ever, finishing at 1.37am. Djokovic fought back from a break down in the final set to make it seven successive wins over Nadal.

"The fact that both players were offered - and accepted - chairs to sit on during the presentation ceremony tells you all you need to know," says BBC Radio 5 live's Russell Fuller.

"How on earth did Djokovic win the most physical and intense sporting event I have ever witnessed, just 48 hours after taking nearly five hours to beat Andy Murray?"