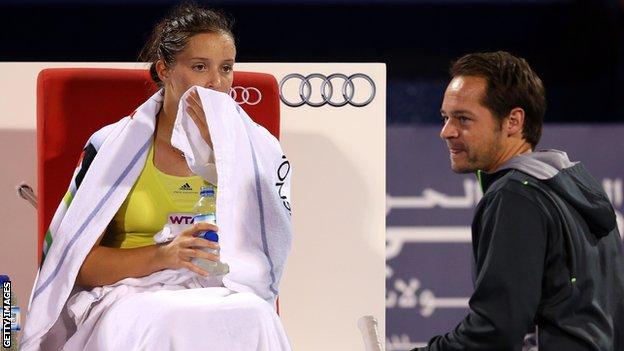 Laura Robson has split from her Croatian coach Zeljko Krajan after just nine months together.

The 19-year-old Briton took the step before the Madrid Masters, where she defeated Agnieszka Radwanska on Monday to secure her first win over a player ranked in the world's top five.

Prior to the tournament, the world number 41 had suffered her sixth first-round defeat of the year in Portugal.

Robson now faces Ana Ivanovic for a place in the Madrid quarter-finals.

Robson achieved her highest ranking of 38 in April this year, but narrowly lost the chance to replace Heather Watson as British number one after losing in the Miami Masters in March.

BBC tennis correspondent Jonathan Overend said: "In her first match against Radwanska here, she played with a renewed freedom that I hadn't seen from her for a couple of months.

"Maybe now we know the reason why. She has been liberated, if you like."