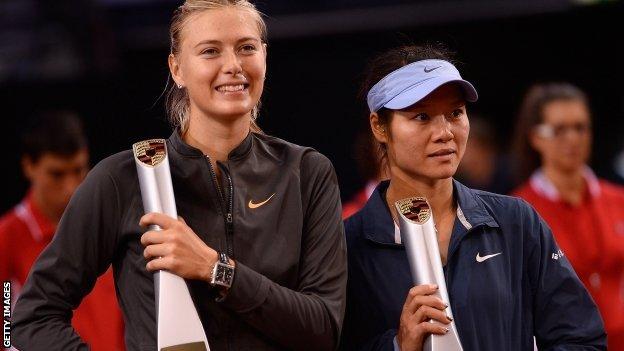 The Russian world number two was in control from the outset and won 6-4 6-3, claiming victory in Stuttgart in one hour and 33 minutes.

It was the perfect preparation for the 26-year-old French Open champion's title defence at Roland Garros in May.

Sharapova has won two tour titles this season after

The number one seed claimed two out of the three breaks of serve in the first set to open a 4-1 lead before her second-seeded opponent could break back in what became a closely fought first set.

But Sharapova, who had a first-serve percentage of 76%, was to wrap things up in a more comfortable second, meaning she avoided what would have been a fourth successive three-set match.

"I thought I would play three sets today," said Sharapova. "Li is a great opponent. I knew it would be one of the toughest matches because she had a great week.

"I was very fortunate to be in this position today. Our head-to-head is pretty tight. She beat me in Australia and she beat me pretty well, so I wanted revenge."