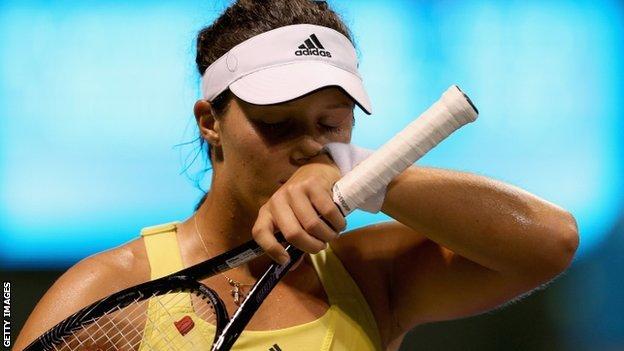 Laura Robson has gone out of the Family Circle Cup with a three-set defeat by qualifier Eugenie Bouchard.

The British number two, seeded 16th for the green-clay event, had eased into round two with a 6-2 6-2 win over Estrella Cabeza Candela.

But the world number 42 struggled with her serve against her Canadian opponent, losing 6-4 3-6 6-1.

Robson will still take over from compatriot Heather Watson as the British number one next week.

The 19-year-old arrived in Charleston after reaching the women's doubles final with American Lisa Raymond at the Sony Open in Miami last week.

However, she produced eight double-faults to her opponent's three as she lost in two hours and six minutes.