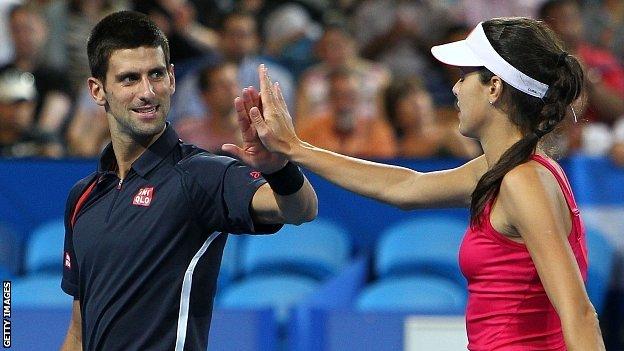 Serbia will take on Spain in Saturday's Hopman Cup final after a 3-0 win over Germany in Perth.

Djokovic and Ivanovic then teamed up to defeat Malek and Australian junior Thanasi Kokkinakis 6-2 7-5 after Haas withdrew with a toe injury.

"Right now I believe I am where I need to be," Djokovic said. "Still not 100%, physically also, but getting there."

Djokovic, who lost to Australian Bernard Tomic in an earlier match in Perth, will partner Ivanovic against Spain's Fernando Verdasco and Anabel Medina Garrigues, who beat Americans John Isner and Venus Williams 2-1 in their last round-robin match.

The 25-year-old Djokovic will defend his title at the Australian Open, which starts on 14 January.