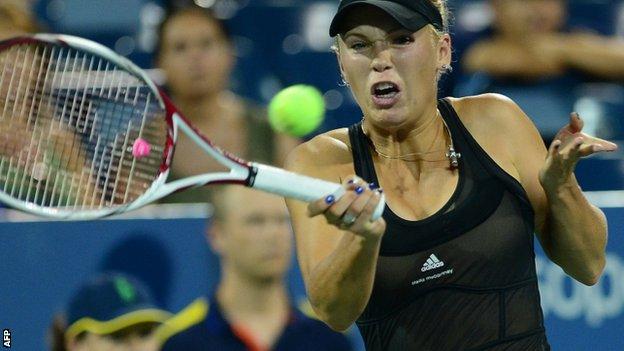 World number 10 Caroline Wozniacki's preparations for the Australian Open were hampered after she was beaten by Kazakhstan's world number 103 Ksenia Pervak at the Brisbane International.

Wozniacki's defeat ended a year in which the Dane relinquished the number one ranking and failed to threaten at any of the major championships.

Wozniacki said knee troubles had hampered her during the year.

"You know, I'm still 10 in the world," added Wozniacki, ahead of the Australian Open which begins on 14 January.

"Just the most important thing is that you're healthy. I had some struggles with my health. Obviously that makes a difference.

"But as long as I'm healthy and I can fight and be competitive, that is the most important thing."

In the men's draw, fifth-seeded Kei Nishikori of Japan beat Australia's Marinko Matosevic 7-5, 6-2, sixth-seeded Florian Mayer of Germany beat Santiago Giraldo of Colombia 6-4, 6-4 and Jarkko Nieminen of Finland had a 6-3, 2-6, 6-1 win over Julien Benneteau of France.

Elsewhere, defending champion Zheng Jie and former world number two Svetlana Kuznetsova were knocked out of the Auckland Classic in the first round on Monday.