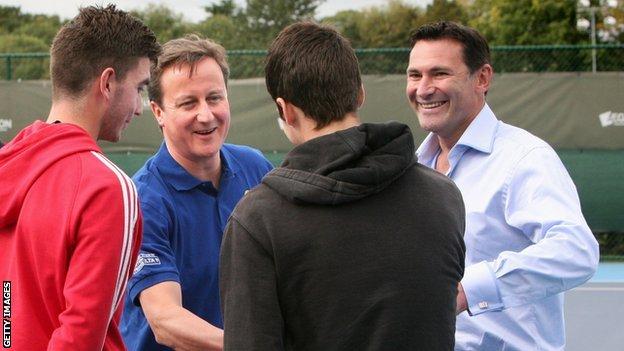 The chair of the All-Party Tennis Group has described the £640,000 salary of Lawn Tennis Association chief executive Roger Draper as "unthinkable".

Details of Draper's salary were published for the first time last week.

"It's unthinkable that someone earning four times more than the Prime Minister has not got ideas for the shake-up of the sport," Baroness Billingham said.

This report from Sport England means what the LTA is doing, or failing to do, is absolutely unacceptable

"You don't give bonuses for failure, surely, and a priority has to be placed on grassroots sport.

"The LTA is one of the wealthiest sporting organisations in the country and it's my honest and genuine opinion that they are useless."

The figures were released days before Sport England announced its decision to withhold three years' funding from the LTA for grassroots tennis.

"This report from Sport England means what the LTA is doing, or failing to do, is absolutely unacceptable," added Baroness Billingham, who is urging sports minister Hugh Robertson to demand a meeting with Draper so he can explain himself.

"The people who can hire and fire are the board of the LTA, but I see no sign whatsoever that they are moving to even chastise Roger Draper."

Sport England chief executive Jennie Price said a further £10.3m could be available to the LTA if it proves it has credible plans for how to improve participation in the sport.

"We need to give them a year to step up their game and prove they can deliver it," she said.

On Monday, LTA chief commercial officer Simon Long said: "£17.4m is a substantial potential award for British tennis and we are working closely with Sport England to ensure that we develop the best tennis offers to increase participation, whilst continuing to deliver a leading talent programme."

A spokesman for the LTA added that Draper's salary had been decided by the LTA's remuneration committee after careful consideration. He would not give reasons for the £201,000 bonus awarded to Draper.