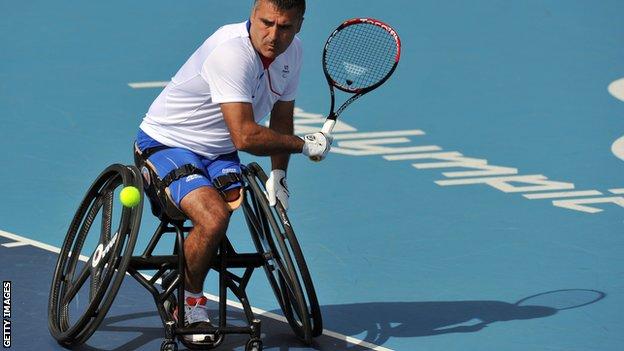 The competition is the season finale to the wheelchair tennis circuit and features the world's top eight men, eight women and four quad players.

The site was the only purpose-built venue for the 2012 Paralympics.

The Stratford venue is due to reopen in 2014 with four indoor and six outdoor courts as the Lee Valley hockey and tennis centre at the newly-named Queen Elizabeth Olympic Park.

British Paralympic Association chief executive Tim Hollingsworth said: "The venues were packed in London 2012, which shows that the British public has an appetite for world-class international Paralympic sport.

"Therefore it is fantastic news that the first sporting event in the Olympic Park will be a Paralympic one, and I'm sure it will be a great success."