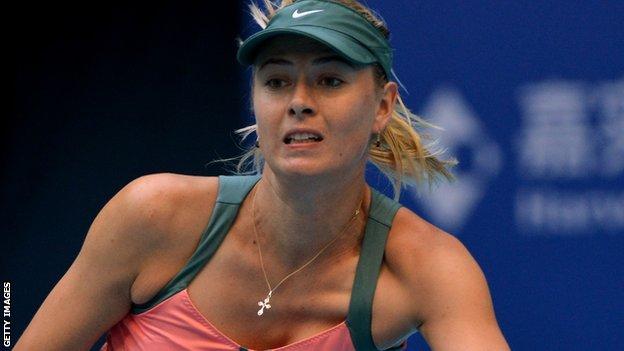 World number two and second seed Maria Sharapova made easy work of Slovenian Polona Hercog to reach the quarter-finals of the China Open.

The Russian won 6-0 6-2 in just over an hour against the world number 90 and is yet to drop a set in the tournament.

She will now face either Caroline Wozniacki or Angelique Kerber in the last eight, with that pair set to meet later on Thursday.