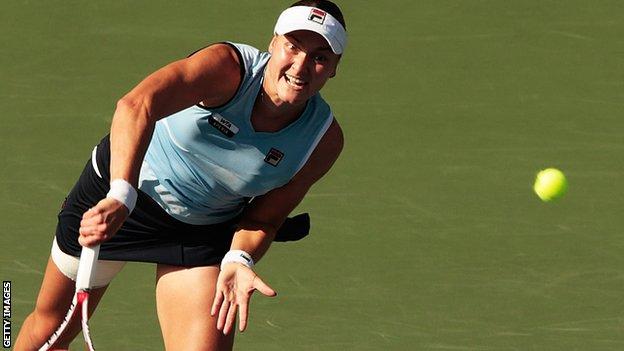 The 30-year-old looked to be heading to victory after taking the first set, only to see the Polish third seed battle back in the second.

"I don't know where I found the strength and the willpower to fight in the third set," Petrova said.

"This is the biggest tournament I've ever won. This is a great accomplishment."

Play went with serve in the deciding set until Radwanska double-faulted twice in the eighth game, allowing Petrova to break and take a 5-3 lead.

Petrova, who beat three top 10 seeds on the way to the final, held serve to take her second title of the season and thwart Radwanska's bid to retain the Pan Pacific Open.