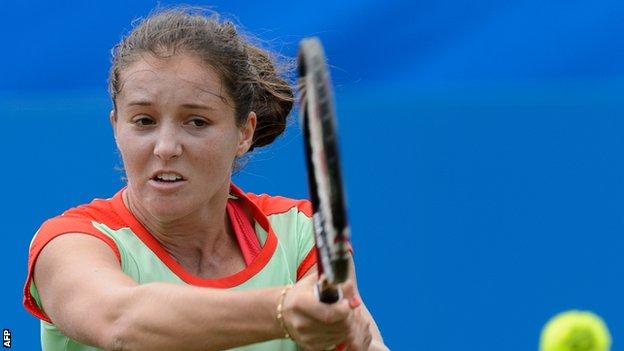 Laura Robson reached the quarter-finals of a WTA event for the first time by beating second seed Roberta Vinci in straight sets at the Italiacom Open.

Vinci is the highest-ranked player the teenager has beaten in her career.

In the last eight in Palermo she faces fifth seed Carla Suarez Navarro, who triumphed 6-1 3-2 when Anna Tatishvili retired through injury.

Although the tournament is being played on clay, Robson's form will encourage her ahead of London 2012, when she will compete on grass at Wimbledon in the women's doubles with Heather Watson.