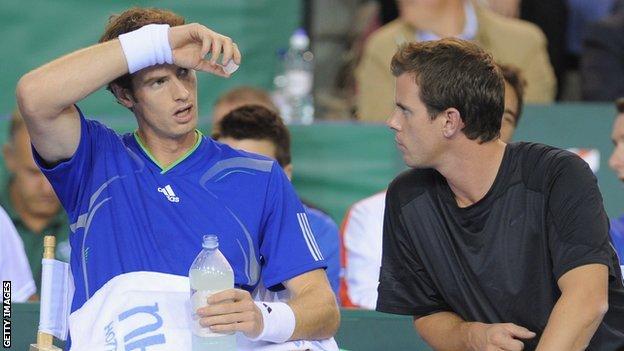 Great Britain will again be without Andy Murray as they prepare to face Belgium in the Davis Cup on 6-8 April.

Murray missed the Slovakia victory because of injury after the Australian Open and is currently playing in Miami.

James Ward, Dan Evans, Colin Fleming and Ross Hutchins will represent GB, who are aiming to return to the Davis Cup World Group.

A win would send GB through to a World Group play-off, but captain Leon Smith warned: "It will be a real step-up."

He added: "But if the team can put on some fine performances as they did against Slovakia, then we have a real chance of qualifying for the World Group play-offs."

GB beat Slovakia 3-2 in February as Evans held his nerve in the deciding rubber.

Speaking about the Davis Cup in Indian Wells, Murray hinted he was unlikely to play, particularly if he performed well in this week's Masters tournament in Miami, where he is through to the fourth round after a walkover victory in round three.