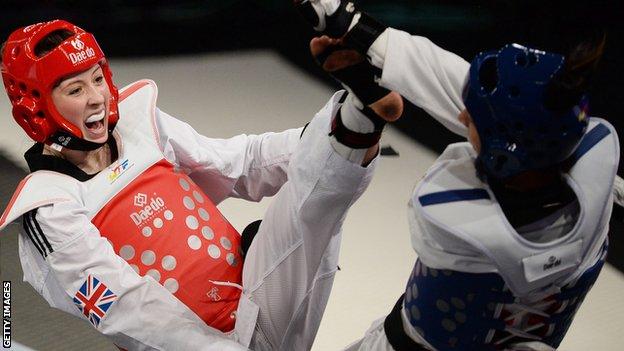 Great Britain's Jade Jones and Mahama Cho both won gold medals at the Swiss Open in Lausanne on Saturday.

The Olympic champion had come through her quarter-final and semi-final by beating France's Aline Dossou Gbete 7-1 and Belgium's Raheleh Asemani 14-2.

On Sunday, Bianca Walkden narrowly failed to win a third gold medal for GB at the event.

The Liverpool 22-year-old was beaten 8-4 in the women's +73kg final by experienced French opponent Gwladys Epangue and had to settle for silver.

Cho, 24, enjoyed a convincing 14-6 victory over Ivan Trajkovic of Slovenia on Saturday to win the men's +87kg category.