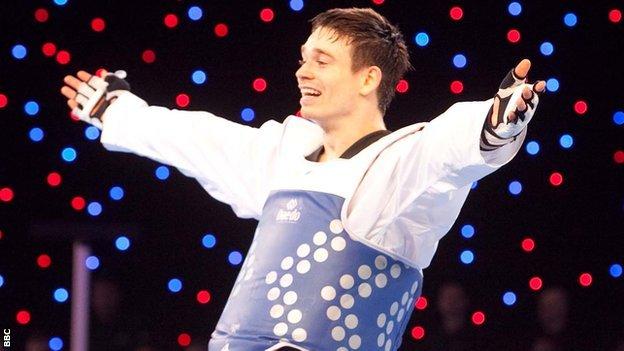 Cook, 22, who was controversially overlooked for the London Olympics, suffered an opening-round Worlds exit in Puebla, Mexico in July.

Returning to the same country, but to the city of Queretaro, the Isle of Man fighter defeated Javier Quesada of Costa Rica 12-3 to claim -80kg gold.

He impressed in comfortable victories over athletes from Mexico and Canada in the opening rounds before a dominant 14-5 defeat of United States fighter TJ Curray in the semi-finals.

Former world number one Cook slipped to sixth in the global standings earlier this month after his World Championship disappointment.

However, his ranking points total of 122.91 was still well within the world's top 32, the requirement he needed to secure a personal invite to the inaugural World Taekwondo Grand Prix Series in Manchester.

The event, from 13-15 December, will award winners 80 ranking points and form a crucial part of qualification for the 2016 Olympics in Rio.