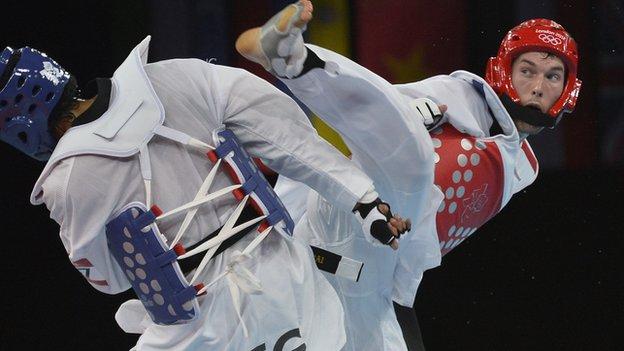 Stamper, who just missed out on a medal at last summer's London Olympics, overcame Russia's Vladimir Kim in the -68kg final.

In the +73kg final, Walkden beat France's Gwladys Epangue on the referee's verdict after the pair were level at 6-6 after sudden death.

There were bronze medals for fellow Britons Lutalo Muhammad and Jade Jones.

London-born Muhammad, who had not fought since he won bronze at London 2012 because of injury, was defeated by Iran's Mahdi Khodabakhshi in his -87kg semi-final.

Welsh fighter Jones, who won the German Open in March, was beaten 13-7 by Spain's Eva Gomez in her -57kg semi-final.

The Spanish Open is likely to be the Great Britain team's final competitive fixture before the World Championships in Puebla, Mexico from 15-21 July.