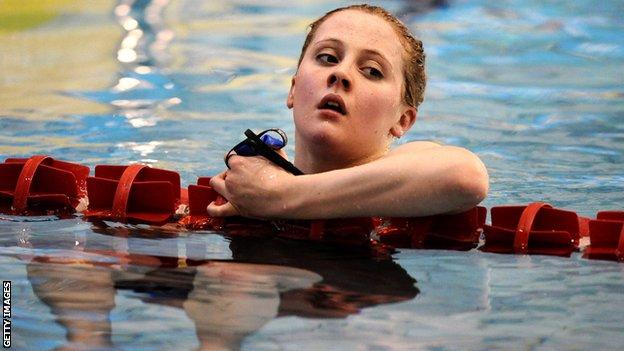 Britain won three medals on the opening day of the European Short-Course Championships in Denmark.

Michael Jamieson set a British record to qualify for the 100m breaststroke final, while Fran Halsall progressed to the 100m freestyle final.

The short-course championships are held in a 25m pool as opposed to the 50m used in long-course events.

O'Connor, who competed in the 100m breaststroke at London 2012, could not threaten long-course world champion Katinka Hosszu.

World Championships medallist Halsall, 23, qualified fastest for Friday's 100m Freestyle final by leading from the gun to win in 52.32.

Plymouth-based Ruta Meilutyte looked on course for victory in the 50m breaststroke, but finished second by six hundredths of a second as Russia's Yuliya Efimova took the title.