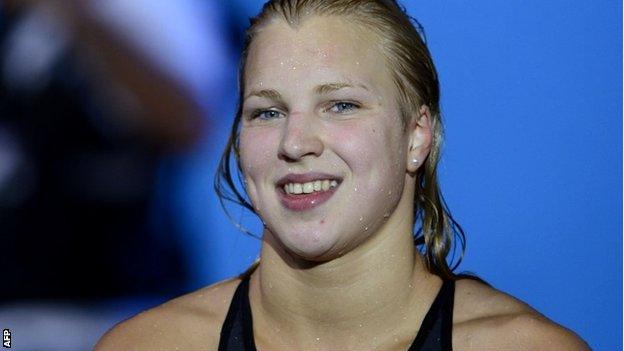 Lithuania's Ruta Meilutyte has continued her fantastic form this year with more success, at the World Schools' Championship in Brazil.

Meilutyte, who is based in Plymouth, was swimming for English Schools and won three gold medals.

Meilutyte's latest victories took her tally of gold medals in 2013 to 12.

Meilutyte also found herself disqualified from the 200m breaststroke event in Brasilia for an "underwater" finish to her race.

The English Schools team was led by Meilutyte's coach Jon Rudd, with all seven of the swimmers from Plymouth College winning at least one medal each.