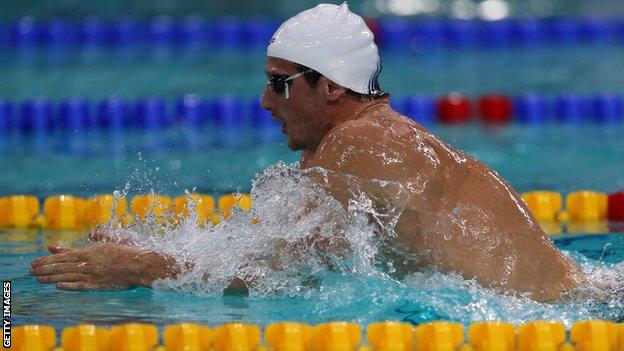 The 25-year-old Scot revealed the news on social media site Twitter and said he had been cleared to resume training.

"Not really sure the reasons behind it happening, but I went into an irregular beat after reaching 203 heart rate in a session (max is 193)," said Jamieson.

Jamieson came to prominence by finishing second in the 200m breakstroke at London 2012 and most recently won silver in the same even at the Beijing World Cup.

A British Swimming spokesperson said: "Michael experienced a minor irregularity in his heart rhythm this week and was seen immediately by specialists.

"He has been cleared to train following medical treatment and is already back in the water."