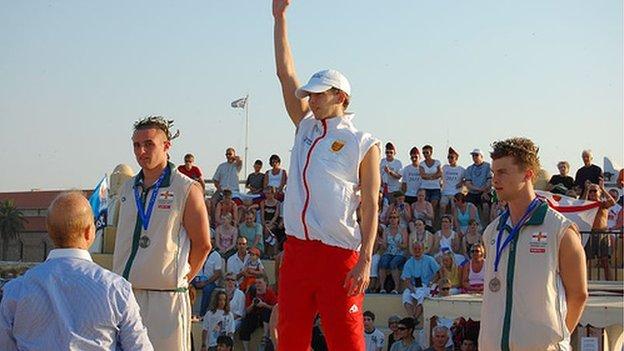 Swimmer Simon Le Couilliard is set for an Island Games return for Jersey, six years after his last appearance in the biennial inter-island event.

Le Couilliard, who has 18 individual Island Games medals to his name, last featured in 2007 in Rhodes.

The 25-year-old is now in contention again for a place in Jersey's squad heading to Bermuda in the summer.

He is based in Australia and wants to use the competition as preparation for the 2014 Commonwealth Games.

Ian Black, Tom Gallichan and Matthew Brehaut are also among those aiming for a place in the Jersey team.

Brehaut last raced in the Games 20 years ago but is hopeful of being among the 16 chosen to compete in Bermuda.

The Jersey Amateur Swimming Association has given competitors an April deadline to submit qualifying times and prove their fitness.

"Team places will certainly have to be worked for," said Jersey head coach Nathan Jegou.

"We have 16 swimmers already inside the standards, though there are still a few fitness or injury worries.

"It's been very encouraging to have so many seniors pushing for places."