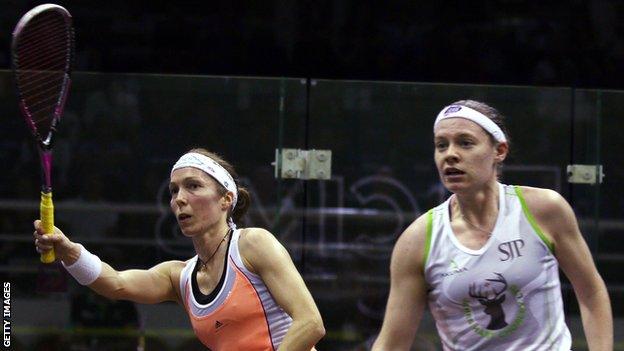 Madeline Perry battled back from two games down to beat England's Sarah-Jane Perry and book a place in the quarter-finals of the World Championship.

The Ulsterwoman beat El Weleily in New York in January.

That victory ended a losing sequence against the Egyptian which included last year's British Open quarter-final.

"A tough 3-2 win and a comeback from me today against a very skilful opponent," said Perry on Twitter after her victory on Thursday.

"Delighted to be into the quarter-finals of the World Championships."